Two Key Contract Provisions to Watch in a Pandemic 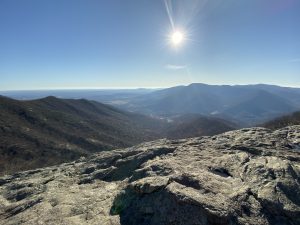 While there are many contract provisions that could come into play in a disaster, let’s look at two critical ones. How you’ll fare depends on the wording of your contracts. Wording matters.

Almost all contracts provide that you can terminate if the other side breaches, perhaps after an opportunity for the breaching party to cure the breach.

But, if you just want out of a contract without such an excuse, such as to cut costs, you need a clause allowing termination for convenience. Such a provision allows a party to terminate for any reason or no reason. Not all contracts have that provision. Sometimes only the customer or vendor has that right.

In situations where outside events prevent a party from performing a contract, even only temporarily, the applicable contract provision is the “force majeure” clause.

This mainly benefits the vendor. Such clauses are not written to help a customer who can’t pay due to insufficient funds, an economic downturn, or loss of need for the goods or services.

In essence, such a clause says if a party to the contract is prevented from performing due to circumstances beyond its control, it may delay performing the contract until the roadblock to performance goes away. The stymied party might even be able to terminate the contract without liability.

Unfortunately, in many contracts, the force-majeure language is legal boilerplate that neither side negotiated or carefully evaluated.

When parties can foresee that specific kinds of catastrophic events are reasonably possible and would stymie contract performance, the best practice is to negotiate terms that specifically address what happens if those events occur. But such specific-disaster terms are rare and (unfortunately) typically are negotiated only in large contracts between corporate titans.
The details of a force majeure clause are critical.

What counts as a sufficient excuse? Does a major disease outbreak qualify? Is there a specific list of excuses, or a catch-all statement that any blockage beyond a party’s control will suffice, or both? Does a substantial increase in the cost of the vendor’s performance qualify? What about much higher labor costs, such as due to workers being unwilling to work during a pandemic or a labor strike?

Regarding contract terms generally, if you are the customer, the biggest determinant of how you’ll fare usually is whether you negotiated the legal terms of the contract. Vendors have standard contracts that they seek to have their customers sign as-is. The contracts usually are one-sided in favor of the vendor.

If you didn’t have a lawyer negotiate the legal terms and just signed the vendor’s contract as is, you may be in a bad spot and at the mercy of the vendor. Keep that in mind when entering into new contracts.